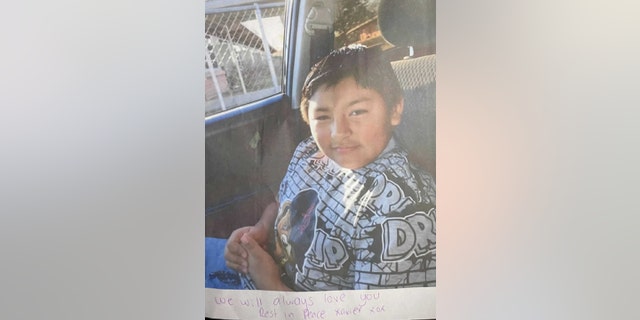 After at least 19 students at Robb Elementary School in Uvalde, Texas, were killed Tuesday morning, a family member of one of the children killed is encouraging parents across the country to hold their own children close, as they never know when it will be the last time.

“For everybody else that has kids out here, cherish these moments just like your parents cherished you every day,” Benito Martinez, a family member of the deceased told Fox News. “Tomorrow’s not promised, so make today worth it.”

Fourth-grader Xavier Lopez, 10, was killed when a gunman broke into Robb Elementary School in Uvalde, Texas on May 24, 2022.
(Courtesy of the family. (Fox News/Paul Best))

Martinez is the uncle of fourth-grader Xavier Lopez, 10, who was killed when a gunman broke into the school and fatally shot at least 19 children and two teachers.

“I am still trying to process everything that is going on,” he said during an interview with Fox News Digital.

“You don’t have an answer as you don’t expect these kinds of things,” he added. “When you lose a loved one, especially a young loved one, that’s a whole other level.”

AT LEAST 2 GIRLS, BOTH 10, STILL MISSING, FAMILY FEARS THEY WERE KILLED

Martinez and his own four children visited the school after the shooting to pray about the loss of young Xavier and to pray for the others who lost loved ones.

“I believe in the power of prayer, especially in circumstances such as this,” he said.

A visibly emotional Martinez recognized families across his community were also grieving the loss of their own loved ones.

“I am going to pray, and I am going to keep them in my prayers as well,” he continued. “They are mourning the same way. You don’t expect to take your kids to school and think today is the last day you are going to see them.”

Without mentioning the suspected gunman Salvador Ramos by name, Martinez said he took “the coward’s way” as he took the lives of “a lot of innocent kids.”

“My nephew was a quirky kid,” Martinez continued. “He loved to dance. He didn’t care.”

Martinez said he was relying on his Christian faith and that he would see his nephew again one day “in a better place.”

Tuesday’s school shooting was the second deadliest in U.S. history, behind the Sandy Hook massacre when a gunman killed 26 people, including 20 children, at Sandy Hook Elementary School in Connecticut in December 2012.

The shooting also came just four years after a gunman killed 17 students and injured 17 others at Marjory Stoneman Douglas High School in Parkland, Florida, in 2018.

In the last two years, firearm-related deaths have become the leading cause of death for U.S. children and adolescents, according to a University of Michigan research letter published in the New England Journal of Medicine in April, Reuters reported.