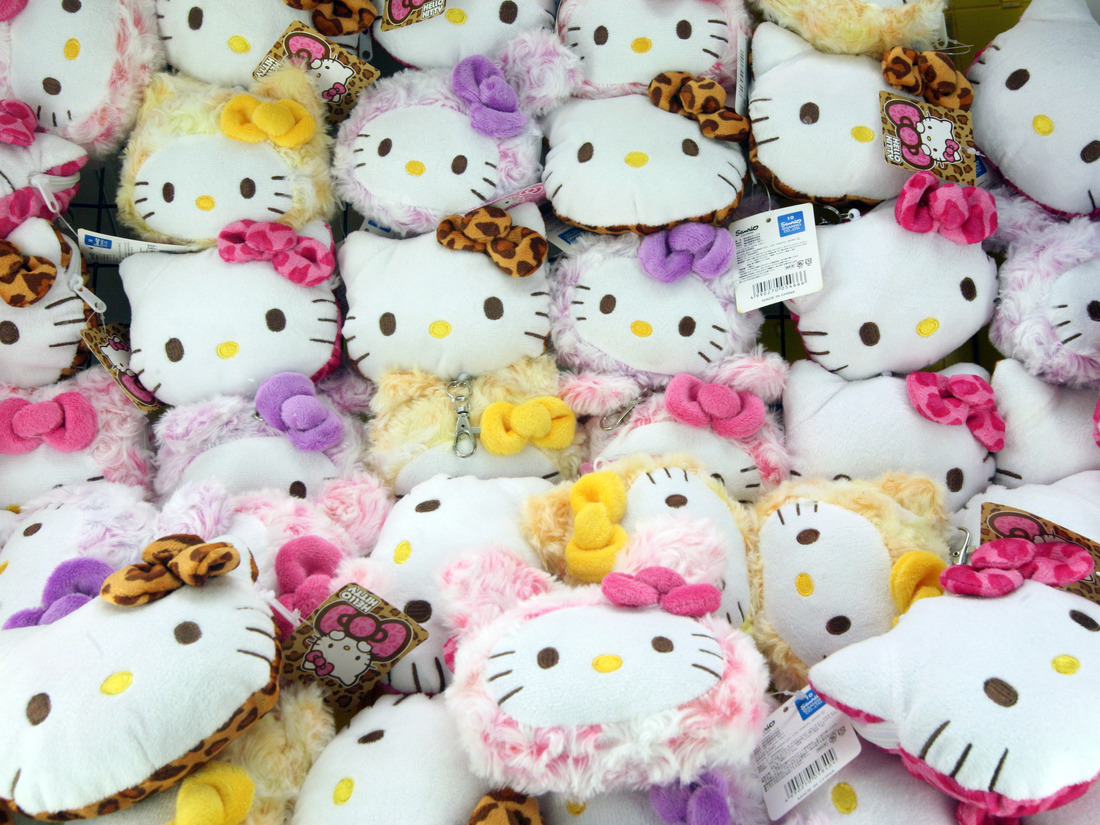 A display at Hello Kitty’s Kawaii Paradise in Tokyo. Sanrio’s new president and CEO Tomokuni Tsuji will be steering a company that has seen slumping revenues in recent years. 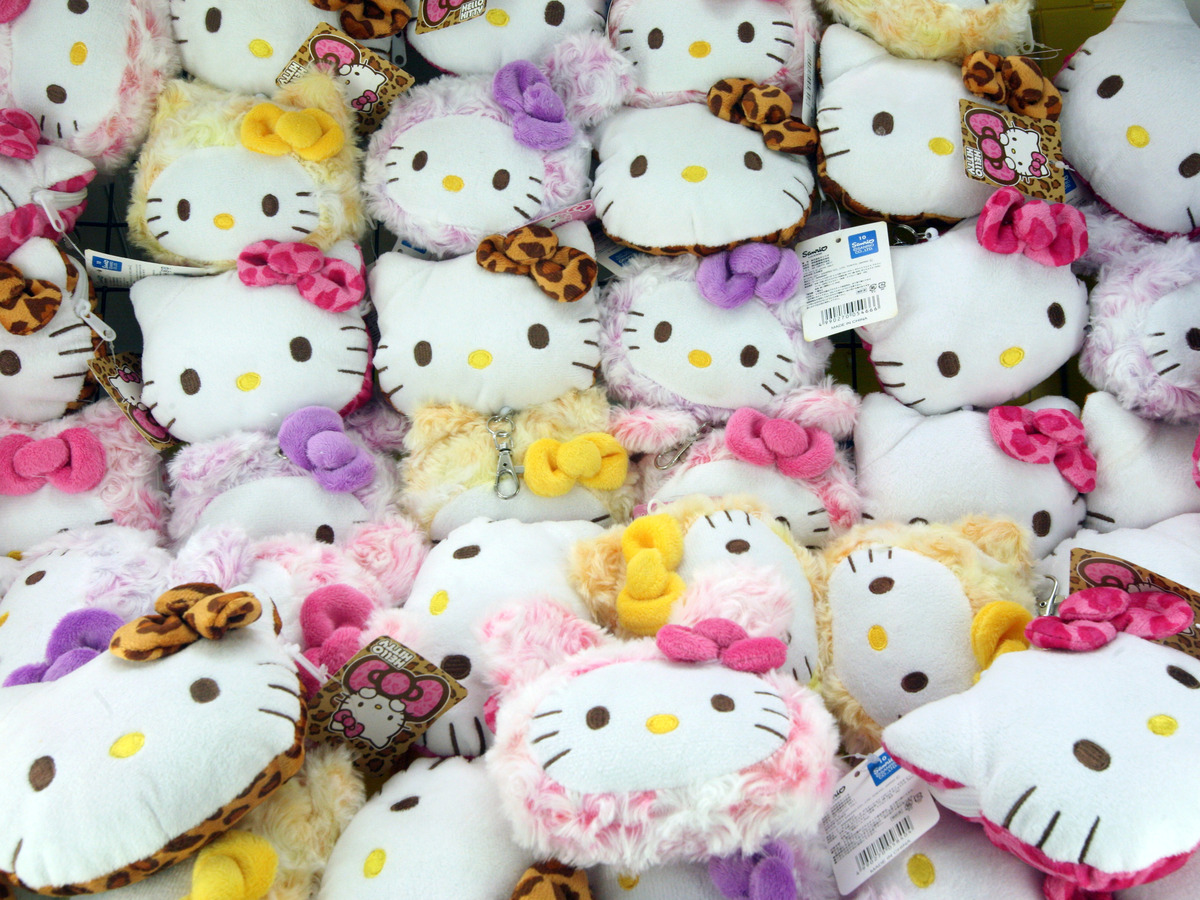 A display at Hello Kitty’s Kawaii Paradise in Tokyo. Sanrio’s new president and CEO Tomokuni Tsuji will be steering a company that has seen slumping revenues in recent years.

New leadership has taken over at a company known for a particular brand of cute.

Shintaro Tsuji, the 92-year-old founder of Sanrio, the Japanese company that created Hello Kitty, handed over the reins to his 31-year-old grandson Tomokuni Tsuji, who officially became Sanrio’s president and CEO on July 1. It’s the first leadership change in the company’s 60-year history. 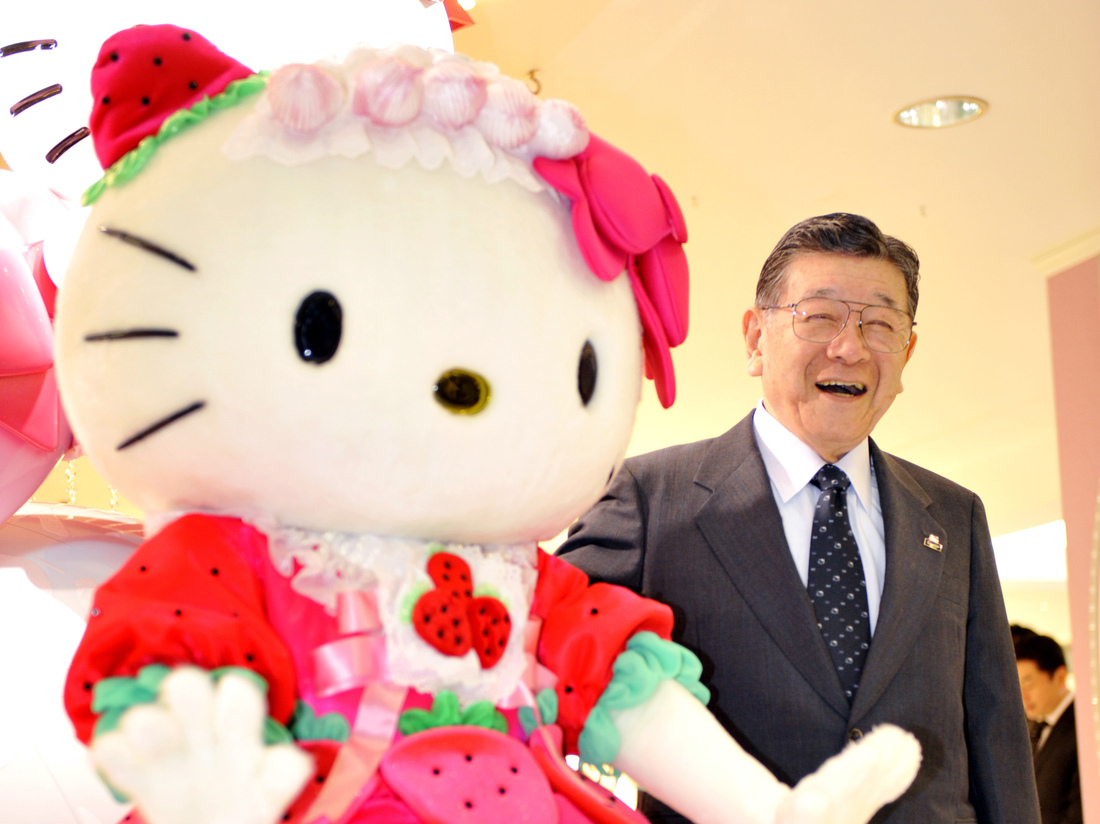 Sanrio founder Shintaro Tsuji poses with Hello Kitty in 2009 as the company opens the world’s largest Sanrio shop in Tokyo. 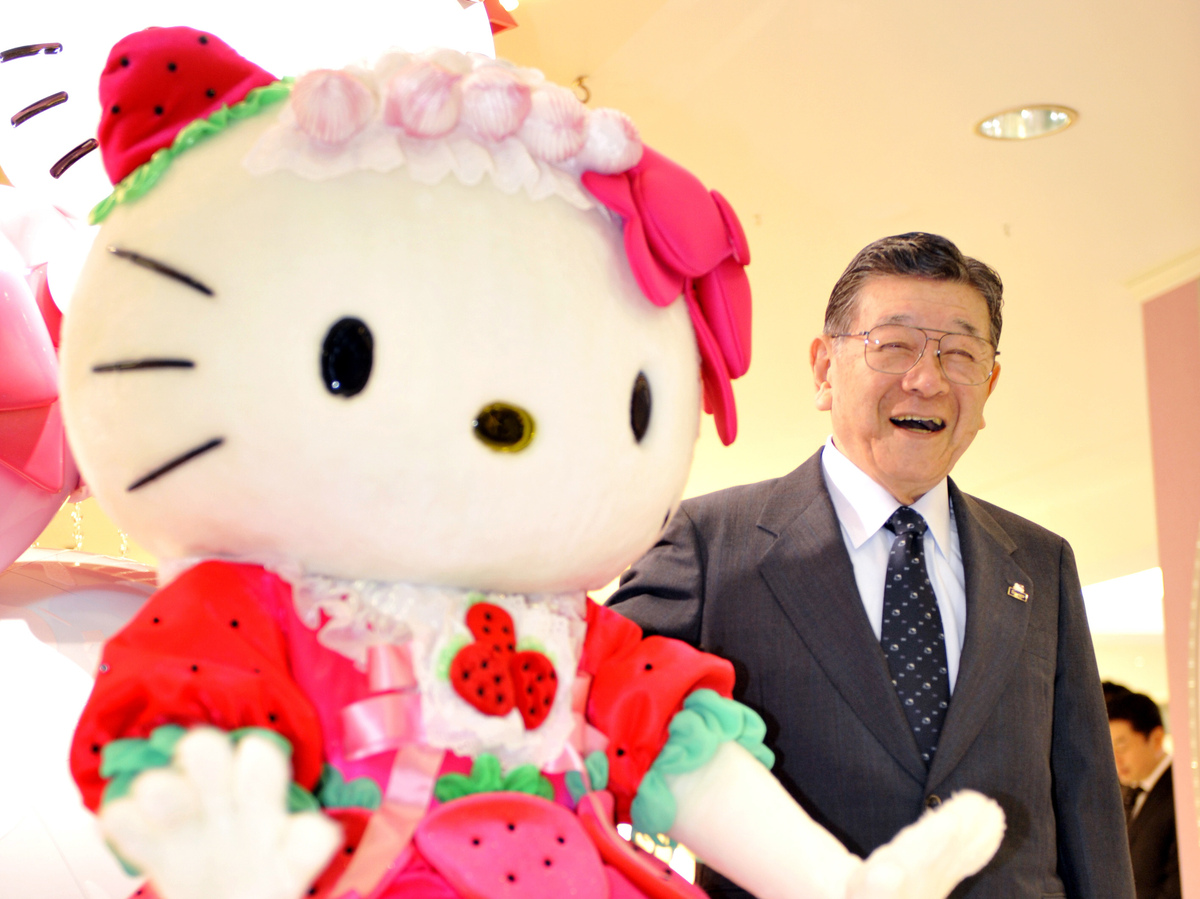 Sanrio founder Shintaro Tsuji poses with Hello Kitty in 2009 as the company opens the world’s largest Sanrio shop in Tokyo.

Founded in 1960 as a dry goods company selling products like stationery, Sanrio has become a global empire of branded retail and theme parks. Now Tsuji will be steering a company that, even before the coronavirus pandemic ravaged retail revenues, had seen consecutive years of slumping revenue.

“The grandson will have big shoes to follow,” says Christine Yano, an anthropologist at the University of Hawaii and the author of Pink Globalization: Hello Kitty’s Trek across the Pacific. “I think that the key will be to remain true to its core fans, being primarily female — but also extending into the male market. To continue to speak to its domestic fans, but also to reach out to its ongoing presence with global fans.”

Since first appearing 46 years ago, Hello Kitty quickly became Sanrio’s flagship character and remains the company’s brand ambassador to this day — catering to people of all ages around the world, appearing on everything from pencils and cellphone cases to rice cookers, wine bottles and cars.

The character debuted as “Kitty White” in 1974, though Shintaro Tsuji’s company started catering to “cute culture,” known in Japan as kawaii, years before. The strategy paid off.

The character’s spare depiction and ambiguous background story (there is disagreement over whether Hello Kitty is an actual cat) make her historically and culturally flexible, Yano says.

“She is so unspecific that, that kind of what might be called a blankness can respond to whatever is needed at the moment — the flexibility to kind of be everywhere, be anyone, be anything,” Yano says.

Over the years, Hello Kitty’s personas have varied from princess to heavy metal music lover. Sometimes she wears two bows, sometimes one. She changes color. Her image has adorned accessories worn by the likes of Katy Perry and Christina Aguilera, and in the early 2000s, singer Lisa Loeb wrote an homage album called Hello Lisa.

Yano says young girls and women in the 1970s loved the new Hello Kitty products because they were not just feminine, they were also a way to express oneself.

“If you had a product, a totally utilitarian product — take a rubber sandal or something like that — and if you added a cute element, it became this huge value added,” Yano says. “The value being kawaii or cuteness, something that would be, of course, visually attractive and emotionally reassuring — things like a daisy, an apple and eventually a cat.” 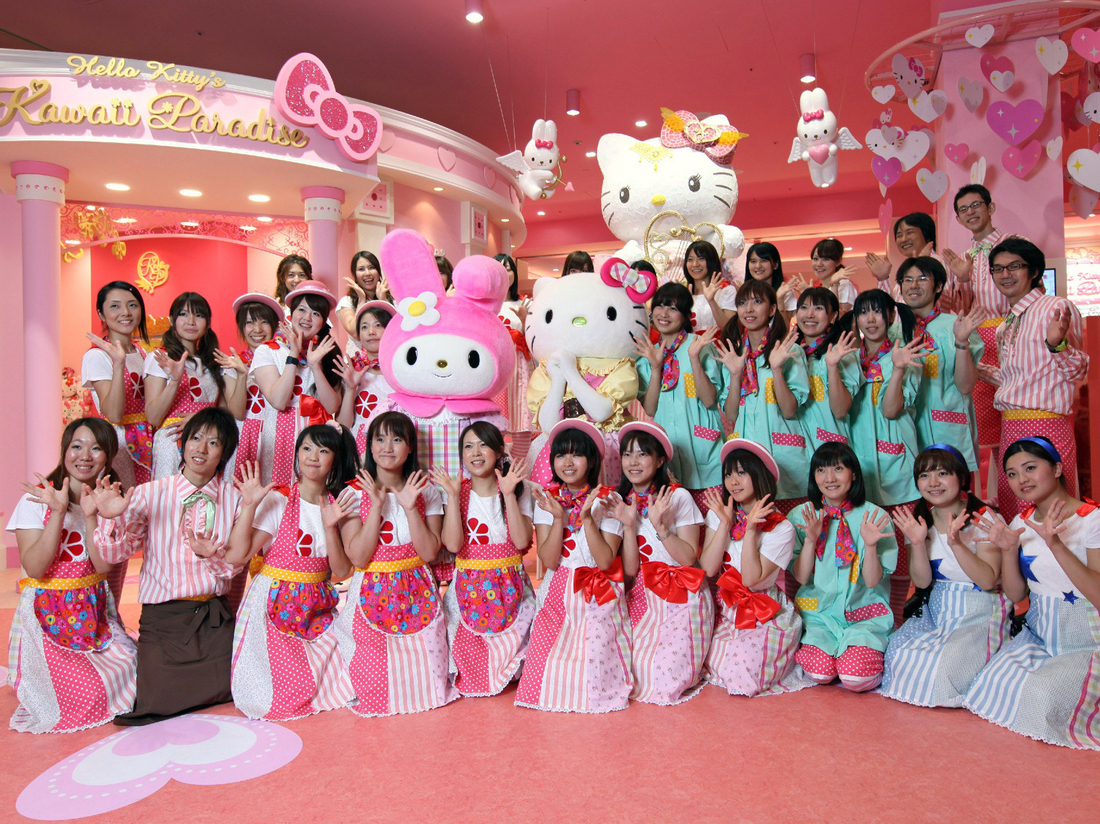 Staff at Tokyo’s Hello Kitty Kawaii Paradise theme park pose for photos at a preview in a shopping mall in 2010. 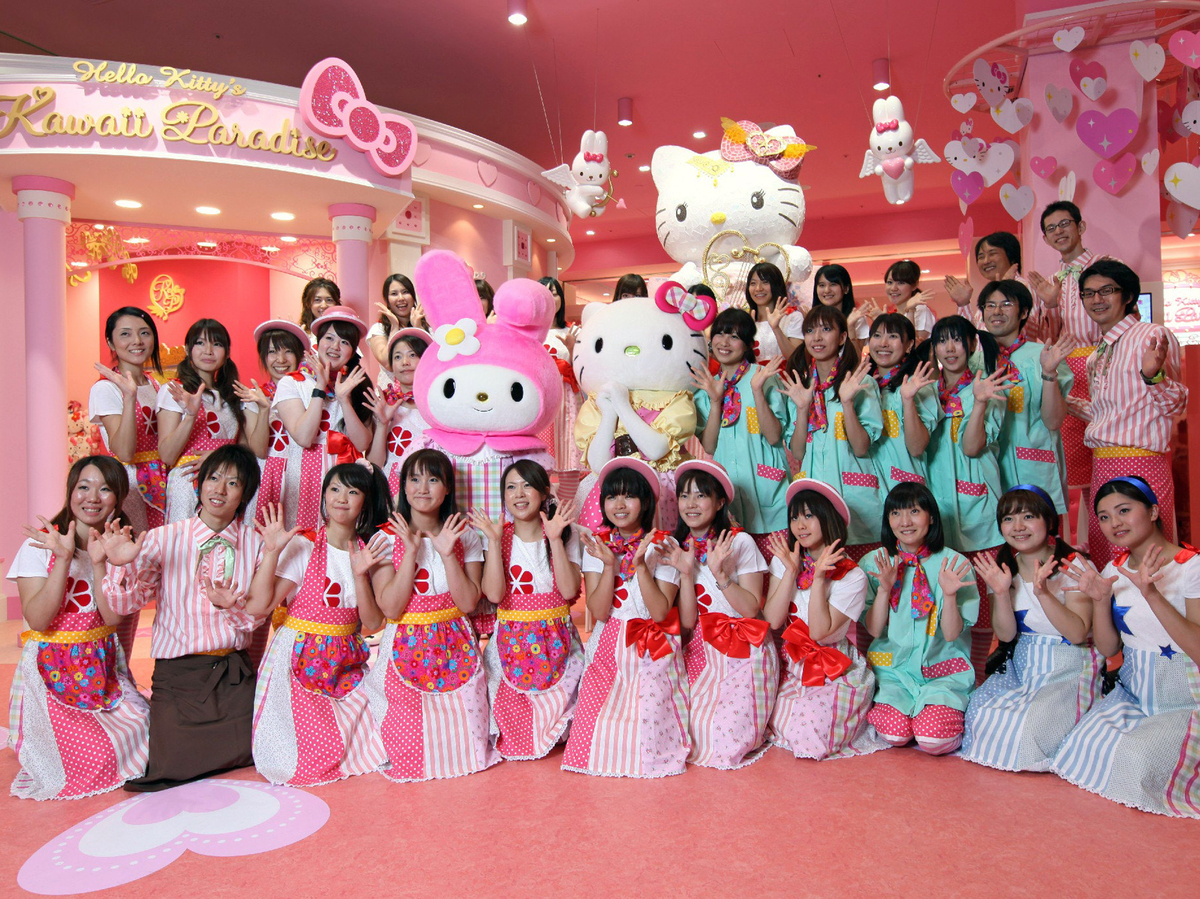 Staff at Tokyo’s Hello Kitty Kawaii Paradise theme park pose for photos at a preview in a shopping mall in 2010.

That cuteness is not without controversy. Some scholars assert that kawaii developed as “a mechanism to avoid facing up to [Japan’s] wartime history,” one that has “neutralized issues too painful to deal with,” as Norihiro Kato, a professor at Waseda University, wrote in the The New York Times in 2014.

“Hello Kitty, the white cat with a pink bow on her ear, is the ultimate embodiment of Japan’s cute culture: She has no background and no mouth. She represents the impulse to escape history and to stop talking about it,” Kato wrote.

Still, Hello Kitty crowns the list of over 400 adorable Sanrio characters, including Keroppi (a frog), a mischievous penguin named Badtz-Maru and Gudetama, a lazy egg yolk. All are popular, even though Sanrio “spends almost no money on advertising,” says New York Times journalist Ken Belson, co-author with Brian Bremner of Hello Kitty: The Remarkable Story of Sanrio and the Billion Dollar Feline Phenomenon.

But in Sanrio’s home market of Japan, which accounts for more than 40% of sales, demographics are changing. The population is the oldest in the world and birth rates are falling. For any company that relies on selling to children, this presents challenges, says Belson. And, he warns, “succession is always a big danger to companies.” 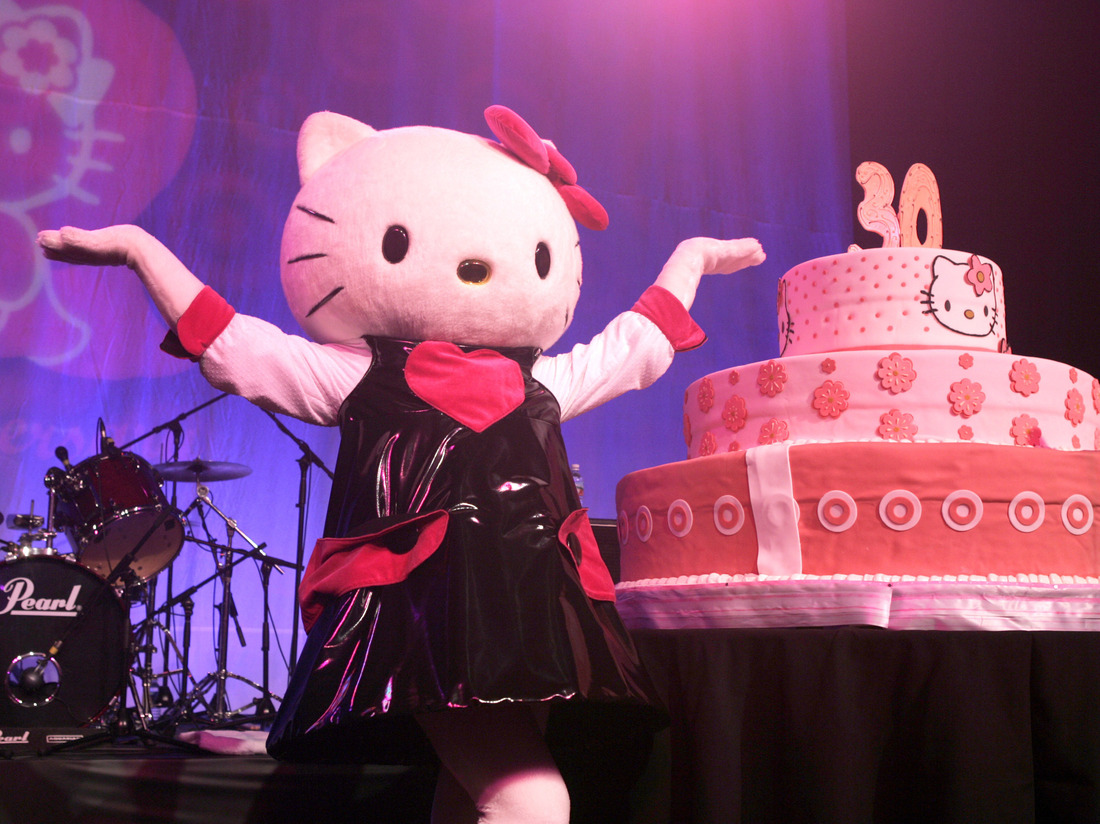 A Hello Kitty 30th anniversary party was held in Hollywood in 2004. The popular Sanrio character has “the flexibility to kind of be everywhere, be anyone, be anything,” says University of Hawaii anthropologist Christine Yano. 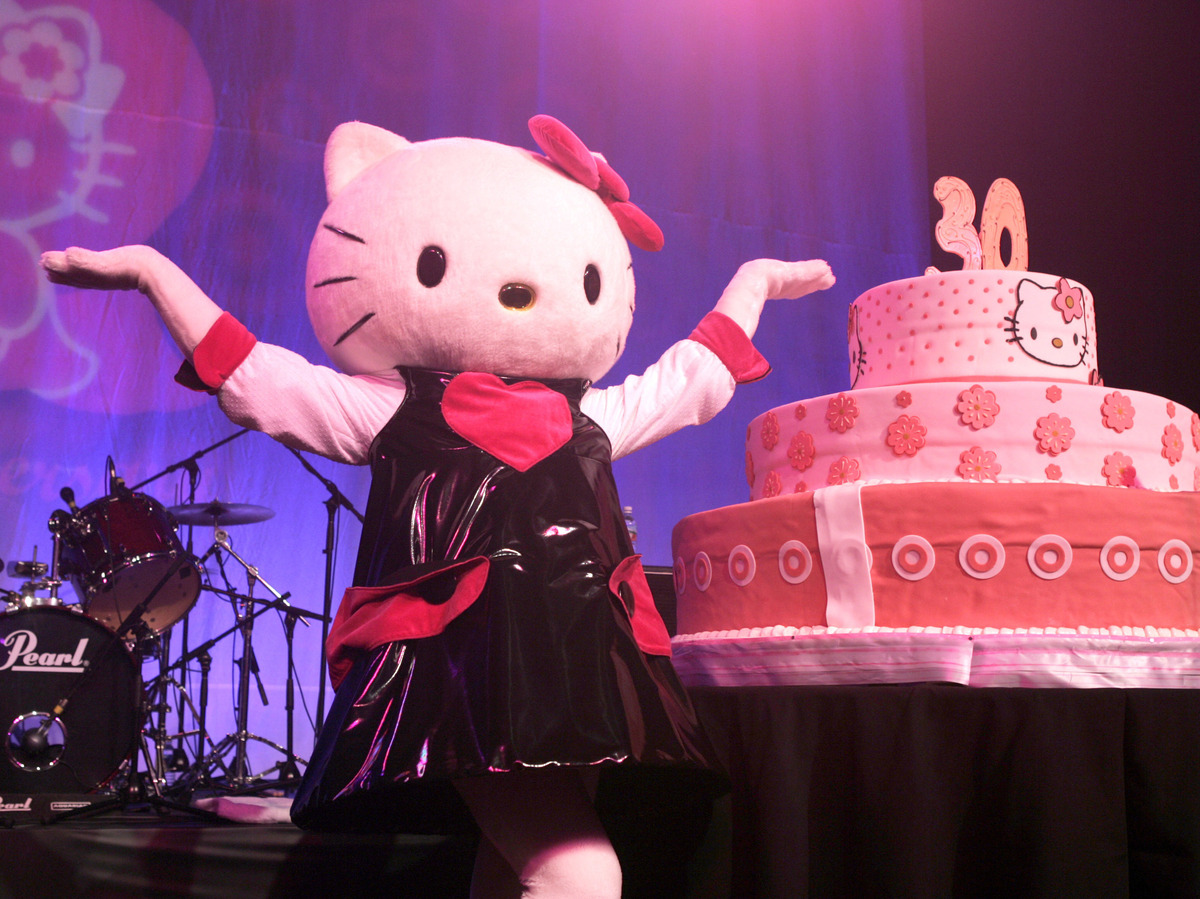 A Hello Kitty 30th anniversary party was held in Hollywood in 2004. The popular Sanrio character has “the flexibility to kind of be everywhere, be anyone, be anything,” says University of Hawaii anthropologist Christine Yano.

Shintaro Tsuji realized teenagers grow up and have their own daughters, so he started upgrading Hello Kitty products to tasteful yet cute items for young women. But that doesn’t mean his grandson will have the same vision.

Last month, Tomokuni Tsuji told reporters, “Rather than focus on character goods, I want to grow the company into one that takes a broad view of global entertainment and provides value to all people.”

And while Sanrio has been good at rejuvenating and reinventing Hello Kitty over and over again throughout the years, there’s always a chance of Hello Kitty burnout among consumers.

While Sanrio has gone through ups and downs, Belson says, “Don’t count out Hello Kitty.”

“She’ll rejuvenate in some other way, some other format,” he says — just as she has done for more than four decades.

‘I cry for those kids’: Ed Reed discusses fallout with

Choose To Be Happy | Joel Osteen