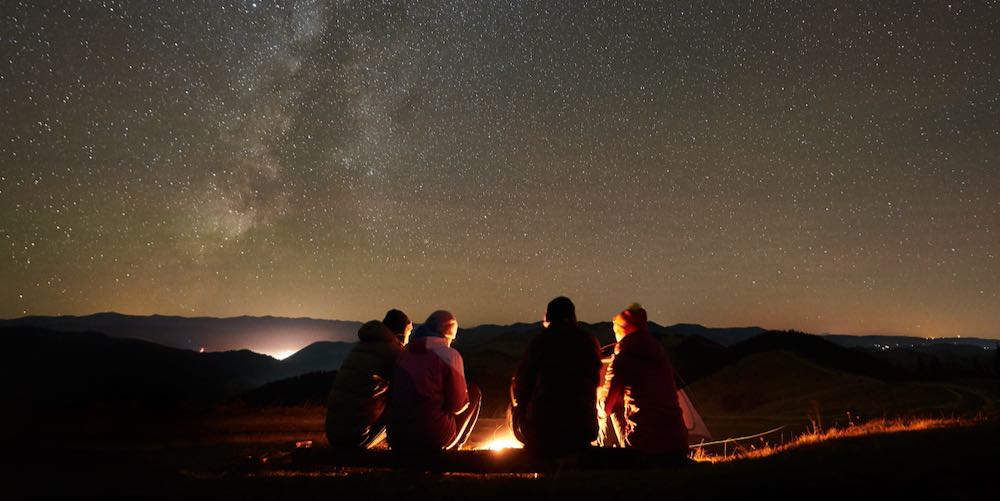 I think it can be said, with no loss of humility, that we academics hold an unusually rarefied view of the arts. In that respect, as in so many others, we differ radically from you plebeians. In elite academic circles, one often hears “the novel” described as exhausted. We professors are clogged and cloyed with books and stories that make you people weep, that celebrate something you believe in, or that assume that human beings have something worthwhile to say to each other across the vast silences of time. We cannot share your pathetic enthusiasm for God, the nuclear family, the military, or the United States of America.

Please let me remind you that the year is 2022. James Joyce’s modernist masterpiece, Ulysses, was published in 1922. In the past hundred years the novel has made tremendous progress, dashing like a madman with his pants on fire through every possible vogue of experimentation. If the novel qua novel has run out of steam, then it is surely high time to come up with something new and au courant, something more flexible and feasible, something we academics can truly respect—for example, essayistic novels written by Marxist professors with a flair for self-referentiality.

All this is to say that Bill Rivers’s fun and moving debut, Last Summer Boys, is not likely to make it onto academic syllabi anytime soon. Excuse me, did I say “fun and moving”? That was a kind of Freudian slip on my part, a momentary lapse. Obviously, what I meant to say is that it would be fun and moving for people without advanced degrees, in particular, for the unwashed masses whom Queen Hillary the Wise dubbed “the Deplorables.”

Alas, Last Summer Boys isn’t just a bona fide novel: it’s a book that insults every progressive taboo worth shoving down the throats of the ignorant yahoos who will, I am afraid, find it much to their taste. Parents, especially functioning parents of boys, will be recommending it to each other, explaining how it will help their boys develop reading skills and emotional maturity. I get no kick from literature, which I consider to be a terrible waste of trees. But, to be brutally honest, Last Summer Boys has an engaging plot about things boys used to like to do, like surviving in the wilderness, fighting for a good cause, meeting pretty girls, and growing into men. Furthermore, if forced to judge him by the defunct standards of traditional literature, I must confess that Bill Rivers is a fluent and highly skilled writer.

But get this. The book does not feature any folks of color. I mean, even Middle-earth has folks of color nowadays. How could folks of color possibly be empowered by a novel that isn’t about them? (I actually have a book on this subject called A White Professor’s Guide to Literature for Black People.) The novel’s narrator is a thirteen-year-old white boy named Jack Elliot. He is not even gender dysphoric. Instead, he has a dog. He is surrounded by a loving, gritty, hardworking family, which includes two older brothers, Will and Pete (those names!), a beautiful and devoted mother who cooks like Betty Crocker, and an archetypically strong father who, like his father before him, served proudly in the Marines. These people, the Elliots, are Lutherans who live in a two-hundred-year-old house outside a small Pennsylvania town called New Shiloh. It’s the summer of 1968. MLK is dead and RFK is campaigning for president. The war in Vietnam is roiling the nation and hippies are appearing on street corners with protest signs. Bob Dylan is on the radio. Into this bucolic backwater comes the Elliots’s city-cousin Frankie, escaping block fires and urban riots. Frankie has never seen fireflies or gone camping, but he bonds with the Elliot boys and learns to fit in. Instead of smoking weed and staring at screens all day, the four boys start on a quest to find the remains of a crashed fighter jet.

Aside from all the vivid and imaginative writing, the great problem with Last Summer Boys from an honest, progressive point of view is its glorification of the military. This problem is multilayered. It starts with the book’s being a book, a raw piece of merchandise, and therefore talismanic of the neoliberal order, with all its military and environmental derangement. From where I sit with my morning latte, just to say that the book has a plot is to give the plot away. What more can I tell you? It has a beginning, a middle, and an end. It makes logical “sense.” Just reading the damn thing is like going to patriarchal boot camp. Of course, the same could be said of Hawthorne or Shakespeare, but that is exactly my point. Last Summer Boys has traditional bad guys, like a greedy land developer who wants to flood the Elliots’s valley by building a dam. There is an anarchic biker gang led by a dangerous rogue named Crash. But mostly the emphasis falls on survival. Survival is the author’s leitmotif, as if we all shared a common reality, as if boys needed to respect it, and, equipped with compasses, maps, and backpacks, learn to master it as best they can. We are meant to want them to become men capable of defending their way of life.

In oldfangled terms, Rivers has a knack—one used to use the word artistic in such cases—for integrating his major theme, survival, throughout his work as a whole, from the lyric details of the descriptive sentence to the plot-devices of conflict and resolution. Here, for example, is the thirteen-year-old narrator reflecting on a wildfire that is threatening his home:

Fire can travel underground, burning through tree roots you did not even know were there until the tree behind you cracks into whistling flame. Fire can jump. It can travel through the air, eating whatever dust or bits of leaves might float there.

The element of surprise, the skillful arrangement of strong verbs, the beautifully effective three-word sentence poised between longer sentences, the riveting of form and content effected by the participial phrases: no doubt, the young reader who soaks in such syntax will learn much about good writing. I cannot help but be reminded, however, that our English word syntax derives from a Greek word referring to the arrangement of soldiers in battle. It would seem, then, that there is no escape from “reality,” that the question of survival confronts us even at the level of syntax. The moral tonic of thick academic prose (“gibberish” to the unenlightened) must be duly acknowledged.

Young Jack suffers from a recurring bad dream about his older brother Pete, a Yankee doodle dandy who will turn eighteen on July 4th, hence becoming eligible for the draft. The search for the lost fighter jet is, in fact, part of Jack and Frankie’s puerile scheme to make Pete famous, so that he can escape serving in Vietnam. In Jack’s dream, a local runnel, “Apple Creek,” has swollen into the size of a river, the Pennsylvania woods have metamorphosed into a jungle, and American boys are dying: “From the corner of my eye, I catch sight of yellow lights popping angrily in the green dark. On the far bank, the first boy pitches forward into the dirty river. He doesn’t crumple up. He stays straight. He falls like a tree. He slips headfirst below the surface and is gone.”

Jack’s nightmare is of boys “like trees, standing, waiting to be cut down.” This material is certainly promising, as the violence of the Vietnam War seizes the young adolescent, who is sensitive to his environment and prone to tears. But again, instead of making Jack a trauma victim, Rivers prefers that his narrator learn to cope, to buck up, to survive. Another lost opportunity occurs when news reaches New Shiloh of the RFK assassination, which deeply affects the middle brother, Will. Although it takes him some time, Will proves to be another survivor who gets on with his life. When these people are really angry, they go out back and chop wood. They take their Christian faith to heart and stay clear of addictions. They fail to cultivate mental illnesses or any other symptoms of late capitalism. In fact, you could say that the novel reeks of the Protestant work ethic—despite cousin Frankie’s being a Roman Catholic. It is all terribly misguided and out of step with classrooms that deplore toxic masculinity and teachers who do everything in their power to bust our young men free of the patriarchy.

If, as I very much fear, this book falls into the hands of intelligent adolescents, they may learn a great deal from it, imbibing the patriarchal and patriotic worldview that it cleverly constructs. The best antidote, it goes without saying, would be four years of an expensive liberal arts college, which has the double-advantage of bankrupting the middle class while encouraging a collective lifestyle. As for the author, Mr. Rivers, any man is dangerous who can write so well about boys and friendship, who can give a sheen to the virtues and persuade us that our military traditions can be intensely honorable, and who dares to remind us that the heart of our nation is the American family, of whatever generation or race. I suspect he’s beyond redemption, though I might consider locking him up in solitary confinement for ten years with nothing to read but The Political Unconscious: Narrative as a Socially Symbolic Act by Fredric Jameson. Jameson’s work has cleansed thousands of minds and can usually be relied upon as a last resort.

The morning read for Wednesday, Aug. 17

Last Sunday of the Month – Zoom with us