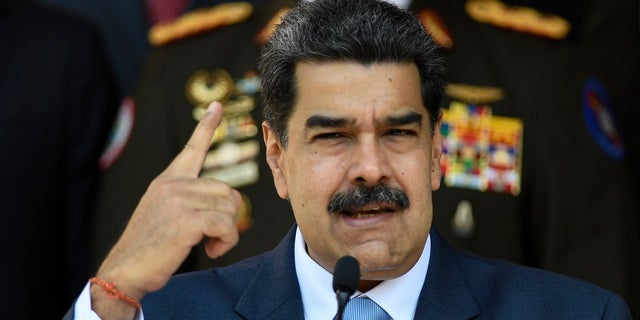 The Biden administration denied plans to relax sanctions on Venezuela to allow American businesses to operate in the country and unfreeze vital financial assets.

“Our sanctions policy on Venezuela remains unchanged,” National Security Council spokeswoman Adrienne Watson said in a statement. “We will continue to implement and enforce our Venezuela sanctions. As we have previously made clear, we will review our sanctions policies in response to constructive steps by the Maduro regime to restore democracy in Venezuela and alleviate the suffering of the Venezuelan people.”

A report in the Wall Street Journal claimed that the administration had started to hash out a deal with Venezuelan President Nicolás Maduro to open talks with the country’s opposition to outline how they might hold free and fair presidential elections in 2024, with the U.S. in return freeing up hundreds of millions in frozen state funds, according to people familiar with the proposal.

Yet, critics warn that for an administration that gives a high priority to human rights any deal with Venezuela is a mistake.

Reportedly, the deal would also allow Chevron Corp. to resume pumping oil at a time when the U.S. still needs oil supplies to maintain pressure on Russia following the invasion of Ukraine. The WSJ noted that the amount of oil would remain “limited” and would only help “in the short term.”

President Biden on Thursday admitted the U.S. needs to consider “alternatives” to supply the country with oil. When asked if that included Venezuela, the president said, “There’s a lot of alternatives, we haven’t made up our minds yet.”

Venezuelan President Nicolas Maduro gives a press conference at the Miraflores presidential palace in Caracas, Venezuela. Maduro accused the U.S. and Colombia if being behind a failed kidnapping plot over the weekend.
(AP Photo/Matias Delacroix, File)

If the plan goes ahead, it will likely draw harsh criticism and incredible scrutiny after the rhetoric and actions Biden took to support Ukraine against Russia. Pedro Burelli, managing partner at B&V Advisors and former member of the PDVSA, a state-owned Venezuelan oil and gas company, argued that any deal with Venezuela will not remain in good faith, especially with what has become increasingly known about Maduro and his government. Further, he believes any oil gained from the deal would make “zero difference” for Americans at the gas pump.

“I don’t think you can make a deal,” Burelli told Fox News Digital. “The nature of the beast, once you define, and you have defined it … by virtue of sanctioning Maduro and unsealing indictments that point to him as a narco trafficker – and most of the people around him – it’s very difficult.”

“I mean, you’re going to tell me you’re going to sign a deal with people whose main objective is to hold onto power, because if they lose power, they probably will lose their impunity. So what is the logic here?”

Burelli also pointed to the pressure campaign against Iran, which continues to see fresh sanctions despite months of negotiations on a resurrected Joint Comprehensive Plan of Action, also known as the Iran nuclear deal. U.S. State Secretary Antony Blinken last month announced sanctions against the Morality Police and seven individuals he accused of involvement in the death of 22-year-old Mahsa Amini, whose death set off weeks of protests that Tehran has still not put down.

Meanwhile, the U.S. last week completed a prisoner swap with Venezuela in which the State Department secured the release of seven American nationals – most of whom served as gas company executives in Venezuela – in exchange for the release of two of Maduro’s nephews who had been arrested on alleged drug trafficking charges in a move that might indicate warming relations between Washington and Caracas.

“Our investigations and analysis show that the Venezuelan State relies on the intelligence services and its agents to repress dissent in the country,” said Marta Valiñas, Chair of the UN Fact-Finding Mission on Venezuela. “In doing so, grave crimes and human rights violations are being committed, including acts of torture and sexual violence.”

“These practices must stop immediately, and the individuals responsible must be investigated and prosecuted in accordance with the law,” she added.

Isaias Medina III, a lawyer and former senior Venezuelan diplomat to the U.N. who quit his post due to the Maduro government, slammed the Biden administration for even thinking about a deal with the Maduro regime’s “hypocritical” behavior – namely denouncing Russia and punishing it with sanctions for its actions in Ukraine then turning around to make a deal with a government that a U.N. fact-finding mission determined to be responsible for human rights abuses.

“Does it make sense to add more sanctions to Russia while lifting sanctions on Russia’s Venezuelan aiding criminal cartel?” he continued. “Maduro has enacted asymmetric warfare against the U.S. through the weaponization of drug trafficking: Overdose deaths in 2021 tallied around 142,135 lives, [and] Venezuela is controlling approximately 400 to 500 metric tons through the conglomerate of the Super Cartel of Suns managing around 25% of the global market.”

Idaho murders: Here’s who police have cleared as