After packing up his life in the UK and making the move down under in 2018, this month marks four years on air for Gold 104.3 FM’s Christian O’Connell.

While he first hit the Australian airwaves without high expectations from many within the industry, The Christian O’Connell Show has now hit its 16th consecutive survey as the #1 FM show in the incredibly competitive Melbourne market.

Mediaweek spoke to O’Connell about what the last four years have looked like, and what comes next.

With Melbourne coming out of Covid holding the title of the world’s most locked down city, O’Connell says it’s been an interesting time to be a Melbournite.

“When I think about it, of the four years I’ve lived here now, half of that has been in lockdown.

“I came here wanting excitement, and I’ll say this – Australia has given it to me in spades! I came wanting a test and a challenge, and Jesus, I’ve got all of that and then some – which is very Australian.”

Something else that is very Australian is backing an underdog – a position that O’Connell certainly found himself in when he first landed.

“No one really knows anything in our industry. I don’t, no one else does. You don’t really know what’s going to work, but I found that instantly, people were ruling out that it might work – there was no one saying ‘might’ or ‘possible’.

“It fueled me actually, the doubt. I thought, ‘well, maybe’ – I would keep saying that word to myself – ‘maybe’ – because it was going to take time.”

In a sea of people who predicted the show’s end, O’Connell says there was one person in particular cheering him on from the very beginning: ARN’s chief content officer, Duncan Campbell.

“Duncan was very, very good. From the early days, when we first started talking about moving here, he said ‘it’s going to take time, but I believe in you’.

“I said, ‘Look, I don’t want any interfering in the show. I want to run the show my way. Otherwise, I can’t come. It won’t work’. He was very good about giving me independence, even though it must have been quite hard in the first year when he was like, ‘Oh, God, what’s he doing now?’

“I was really lucky that I was given my freedom. I really valued that.” 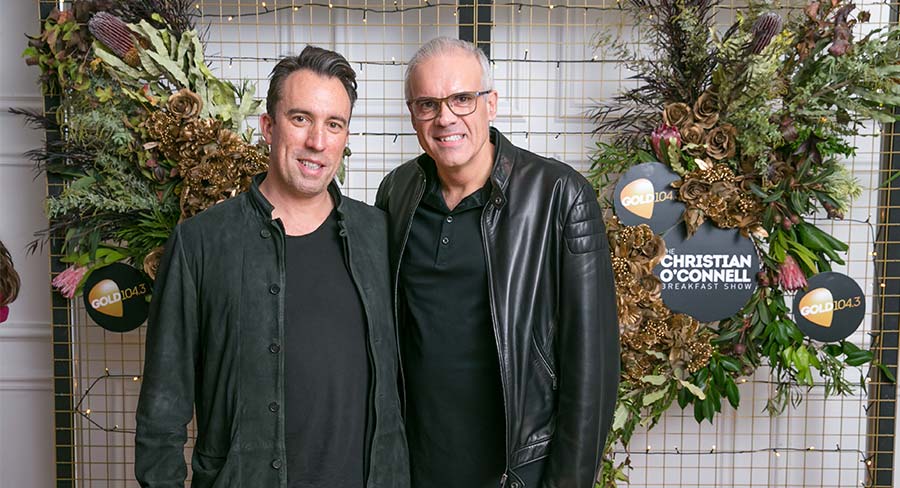 Despite being one of Melbourne’s – and ARN’s – most consistent success stories, O’Connell says that he doesn’t spend too much time focussing on the nitty-gritty of the survey results.

“I’ve been doing breakfast radio for 24 years, I know the ratings are important – it’s what you’re hired on. But to be honest, for my sanity I learned a long time ago that I don’t really have any control over the ratings.

“The only things I can control are how I do the show, the integrity I have, the effort I put into running the team and creating the environment, and the values in what I do – I spend a lot of time thinking: what is this show? What does it stand for?

“The ratings are so competitive and combative here. It’s the same in Sydney, but here in Melbourne, it’s a real knife-edge. We’ll be up half a percent – what does that mean? Half a listener? Half a percent and people are high-fiving each other.”

Rating success – whether you put much thought into it or not – is built on the content you bring to the mic each morning.

Having worked in a number of markets around the globe, O’Connell says there is one major thing that stuck out when he first touched down in Melbourne

“It was very tough to begin with, because I was an outsider. The biggest thing was that I didn’t know footy – that’s the great thing about sport, it connects us and it disconnects us. It’s tribal. Suddenly, not only can people tell from my accent that I’m not part of this tribe, they’re like ‘God you don’t know about footy!’”

In AFL-mad Melbourne however, there was no shortage of people willing to chat about their team.

“Very quickly I realised I needed to deal with this first, otherwise people were not even going to bother giving me the time of day,” says O’Connell. “I remember spending about two weeks of the show speed dating a different club each day – we got a captain on, or a coach to say in one minute why I should pick that team. I made it part of the content.

“Now I genuinely love it. I go to quite a lot of games or watch on the TV, whether or not my team the Dees are playing. It’s actually a very exciting sport to enjoy, once you get into it.” 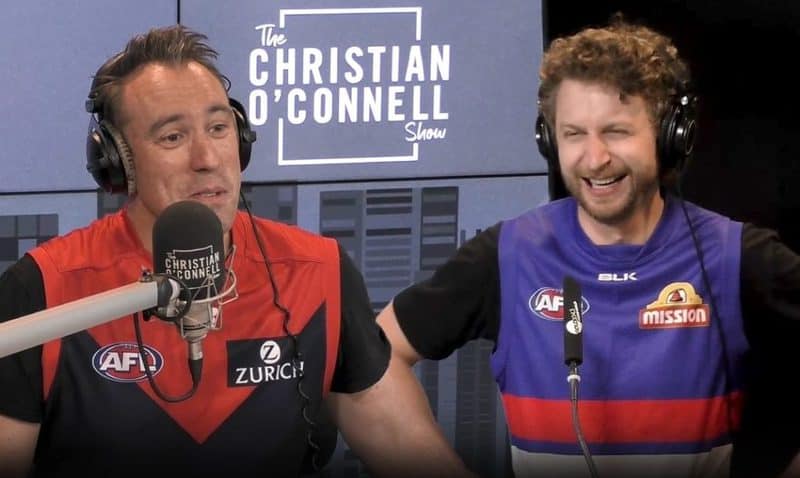 As for what comes next? O’Connell says that it’s a question he’s been asked a lot lately, and whilst looking ahead is never an exact science, it’s onwards and upwards for The Christian O’Connell Show.

“People really care about radio here. They value the art of conversation and I love that – it’s an honour, actually, to work in Australian radio. There are some very, very talented broadcasters.

“I feel like I’m building something at the moment, and I’d like to build that more. I’ll be very honest, I’d love to be able to speak to more Australians in the morning to add choice to the dial. I’d love to be able to expand what I do in the morning to make it more available. Whether that’s through digital platforms, that’s all in discussion at the moment.”

Whatever the future may hold, O’Connell says that the journey has been well and truly worth it.

“It’s been the most exciting four years of my life. As much as it’s been hard, it’s also been so life-changing – for me, but also for my two teenage daughters and my wife as well. We all consider ourselves really lucky that we got to have this opportunity.”

The Purpose of Kingdom Spouses | LortPls

Your Reality is about to Change

The Purpose of Kingdom Spouses | LortPls

Your Reality is about to Change

Automatic Bot - December 9, 2022 0
Russian President Vladimir Putin on Friday once again drew international attention when he warned that if even one missile enters Russian territory, "hundreds"...
Go to mobile version