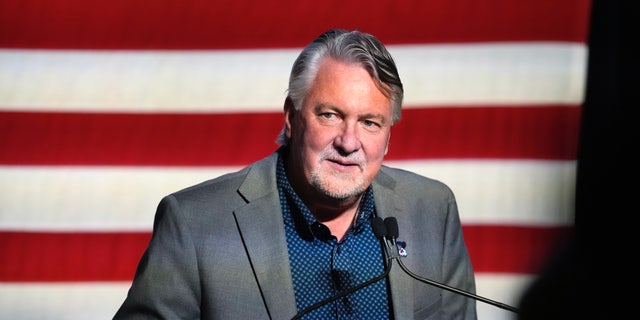 There is a real possibility Joe O’Dea will be the big surprise winner in Colorado on Nov. 8.

Sweeney, a Democrat, had won re-election four years earlier with 59 percent of the vote after an exhausting campaign in which the two sides spent $19 million combined.

Durr was an independent truck driver who got mad because New Jersey would not issue him a concealed carry permit (even though he met all the requirements).

With no disrespect intended to Durr, it was clear he did not win because of the muscle of his campaign. In fact, it is likely most of the people who voted for him were not exactly sure who he was. They were sure who the president of the New Jersey Senate was – and they were sure they wanted to throw him out. It became a “not that guy” campaign.

To be clear: O’Dea is a much more substantial figure than Durr was in 2021. O’Dea is the CEO of a construction firm that employs more than 300 Coloradans. He won a spirited GOP primary with 54.5 percent of the vote – even though some Democratic PACs spent money trying to nominate his opponent, who they thought would be easier to beat in the general.

On primary election night, O’Dea said he would represent Colorado and the country, not a political party. “The Colorado Senate race is a referendum on Joe Biden’s policies and Michael Bennet’s rubber stamp,” he said. “I will work with reasonable people on both sides. No political party will control me.” Importantly, O’Dea defined himself as a construction CEO – not a politician or a partisan.

O’Dea is helped by the clear contrast with Bennet. For starters, O’Dea is a fourth-generation Coloradan, while Bennet, moved to Colorado in 1997 after being born in India and raised in Washington, D.C.

To demonstrate how out-of-touch Bennet is with Colorado, he got a one-day fishing license to film an ad depicting him as outdoorsman. Few Coloradans, an extraordinarily outdoor-focused people, are going to think a one-day fishing license demonstrates a serious commitment to fishing, the outdoors, or conservation. It just made Bennet look like a phony easterner pretending to be a Coloradan.

The challenge for O’Dea is that Joe Biden won Colorado in 2020 with 55 percent to Donald Trump’s 41 percent (the rest went to third-party candidates). Colorado was 9.1 percent more Democrat than the country as a whole in 2020.

O’Dea is straightforward about his goals. He asserts he is running for the Senate to reduce inflation, cut wasteful spending and the debt, to get America refocused on energy independence, and to keep America safe and secure by supporting the police at home and by supporting a strong military and “peace through strength” abroad.

He emphasizes his background: The adopted son of a police officer who left school early to start a successful construction company with his wife. That company, Concrete Express, started out of their basement and now employs more than 300 employees. (By the way, in tough times, he has paid these employees with his own personal credit).

FILE – Senator Michael Bennet, Democrat from Colorado, speaks during a news conference on the Child Tax Credit at the U.S. Capitol in Washington, D.C., U.S., on Thursday, July 15, 2021.
(Al Drago/Bloomberg)

O’Dea’s story is the classic American Dream success story. As the CEO of this company, O’Dea has built billions of civil construction projects in Colorado that have improved the lives of people across the state. O’Dea represents hard work, and blue collar Coloradans.

By contrast, Sen. Bennet is the son of a diplomat. He was raised in Chevy Chase, Maryland, went to an elite private school in Washington, D.C. (St. Albans School), and then attended Yale Law School. Bennet represents eastern elitists who move to Colorado to play cowboy.

However, O’Dea’s greatest advantage is Bennet’s voting record. Sen. Bennet has voted with President Biden and the national Democrats 98 percent of the time.

This means Bennet owns rampant inflation and the growing recession. He owns rising crime – including in Denver and Boulder – skyrocketing fentanyl deaths, and the wide-open southern border. Bennett owns continued anger over schools indoctrinating children with weird values and ideas. The list goes on.

There is a real possibility that most Coloradans are going to say “this just isn’t working.” At that point, you will have Sen. O’Dea of Colorado in January.

As Durr has shown, a “not that guy” sentiment can lead to a huge upset.

Former Speaker of the U.S. House of Representatives Newt Gingrich is the host of the “Newt’s World” podcast and author of the New York Times bestseller “Trump and the American Future.” His latest book is “Big Government Socialism.” More of his commentary can be found at www.Gingrich360.com