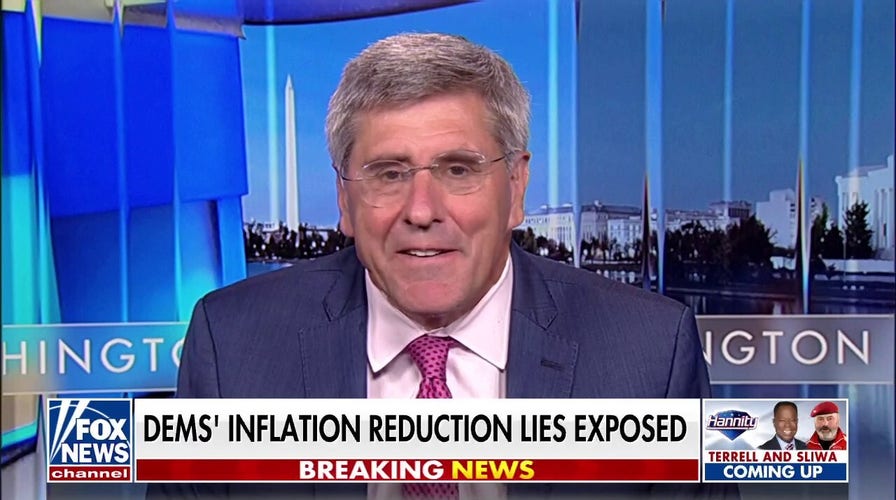 MOORE: This inflation is just a killer. It’s what destroyed Jimmy Carter when he ran against Ronald Reagan and lost, what, 45 states or something like that. So – but the important thing for people to understand is the reason it’s a lie that this bill is going to reduce inflation is because what caused the inflation in the first place, Sean, was that $3 trillion the Democrats spent and borrowed last year. That’s what lit the forest fire. And this year already when you include this bill, plus that $200 billion corporate welfare bill they passed a few weeks ago, that’s another trillion. So can you believe this? In what, 20 months Biden has spent and borrowed $4 trillion. That’s as much as we spent to fight World War Two, for goodness sakes.