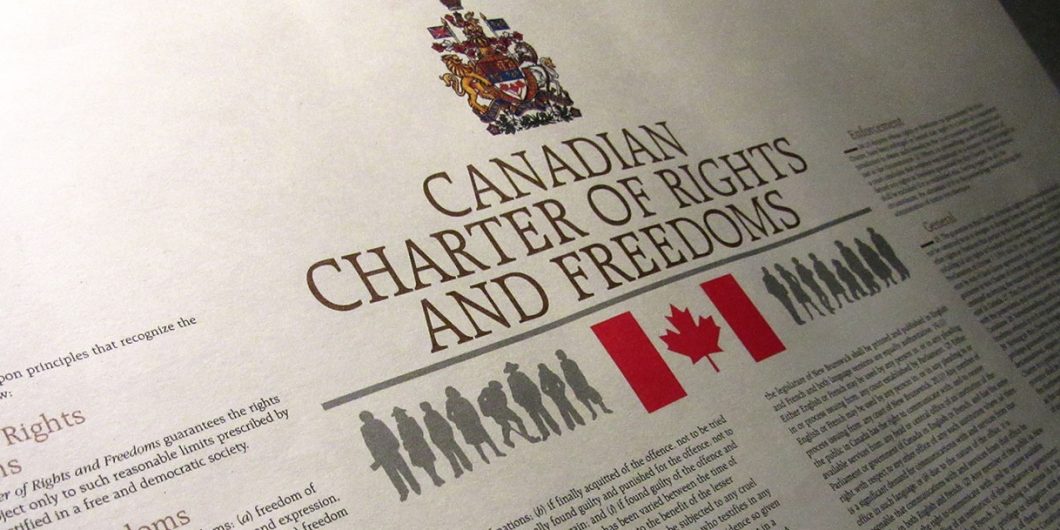 The Progress Report is a New Democratic Party (NDP) affiliated press organ, so it’s no surprise that it publishes articles intended to embarrass the United Conservative Party (UCP). One of the stranger examples is an article it ran on a recent UCP appointment of the new Chief Commissioner of the Alberta Human Rights Commission, Collin May. The article takes issue with a book review that May wrote in 2009 on an academic work published by Yale University Press, Islamic Imperialism: A History by British-Israeli historian Ephraim Karsh.

The book is serious scholarship published by a top university press; it is not some polemic aiming to generate panic over Muslims. But as one might expect from an outlet of this kind, the article accuses the reviewer of racism and Islamophobia. Also unsurprising, its conclusions lacked any careful consideration of May’s (or Karsh’s) account of the subject matter. Of some significance too is that the author of the article is facing a libel suit in response to a previous article that had a similar purpose, and he is also known to be a school chum of the current Chief of Staff of NDP leader Rachel Notley.

The article focuses on this provocative statement by May: “Islam is not a peaceful religion misused by radicals. Rather, it is one of the most militaristic religions known to man.” This seems like rough stuff but a bit of context is required because May’s next sentence reads: “But we have to be cautious here.” Whereupon May explains how Islam, like Judaism, is a religion of law. Islam combines politics and religion in a way that is incompatible with liberal democracy. Unlike Judaism, which creates a nation, Islam is universal and open to anyone, which, when combined with its political orientation, inspires imperialism.

Even so, a qualification is needed. May published his review in C2C, an online journal of centre-right political commentary. It is not, strictly speaking, an academic journal comparable, say, to the Canadian Journal of Political Science. Rather, it compares more with the numerous centre-left journals of political commentary one finds in Canada, including The Walrus or Canadian Dimension. C2C and its centre-left peers occupy a middle ground between the high-brow academic journals and the low-brow political press organs like The Progress Report or The Rebel (not to mention Toronto Star or Globe and Mail).

May brings a high level of academic sophistication to his review of the Karsh book. While not a specialist in Islamic history, he is a serious student of political philosophy, which he studied in top graduate schools including Harvard and L’École des Hautes Études en Sciences Sociales in Paris with some of the brightest minds on Islamic political thought, liberal democracy, and human rights, including the great scholar of Islam, Muhsin Mahdi. It is from them he learned to consider the significance of understanding what he refers to as “the political form appropriate to Islam.”

May expresses agreement with Karsh’s main argument that there is something inherently imperialistic about Islam and that over the course of its history it has shown greater aggression than other empires. Two observations may be made about this claim. First, this line of argumentation was made famous by Samuel Huntington’s Clash of Civilizations, which at the time it was published in the late 1990s, prompted something of an academic parlour game whereby academics tried to determine which civilization, culture, or empire was the most aggressive. 9/11 certainly brought wide attention to Islamic culture. By labeling it as a parlour game, I’m a bit dismissive of this line of inquiry. One might learn something from body counts, but probably not as much as one might think. Indeed, May’s reference to “the political form appropriate to Islam” suggests a focus altogether different from Huntington’s and Karsh’s.

Second, May’s review was published in 2009, which was a different time from today. Since that time, Canadians have become more sensitive and somewhat more educated about their own history and legacy of imperialism. It’s more difficult in 2022 than in 2009 to complain about another’ culture’s imperialism. May notes the tendency of the political left to ascribe Islamic imperialism as a reaction to Western imperialism, but one does not need to go that far to take note that the line of argument that May takes in 2009 would need to be updated in 2022.

May makes two primary observations regarding Karsh’s argument regarding Islamic imperialism. First, Karsh traces Islamic political history through its three great empires: the Umayyads, the Abbasids, and the Ottomans. As the origin of Islam reflects, Muslims were comparatively late to the age of empires, as theirs were preceded by the Macedonians, Romans, Byzantines (the eastern part of the Roman empire), and Persians. One might also note their interactions with the Chinese and the Mongols. But having entered the age of empires, they became full participants.

One might ask: what gave these empires their energy and what motivation did Islam give them? As May’s reference to “the political form appropriate to Islam” suggests, the question of political rulership and the nature of the political regime is central to Islam.

Premodern Islam contains numerous treatises that deal with the rulership of the Prophet who is considered not simply a founder of a world religion, but also the founder of a perfect regime or state. This is why, for instance, the rulers of Islamic empires aspired not only to be the ruler of a particular empire (e.g., Ottoman) but also the ruler of the global Islamic community, the umma. However, there is a marked difference between the actual empire of Ottomans that was limited by geography and the aspirational empire composed of the umma that real-world caliphs rarely expected to fulfill.

May’s second observation about Karsh’s argument requires more careful attention by the reader. May notes that the modern radical Islam of al-Qaeda or Khomeini is a different creature than the traditional Islam that preceded it. The imperialism of radical Islam, which presents itself as a return to past imperial glories, does so within an intellectual framework foreign to traditional Islam. May states:

Thus we have a double misconception. The radicals think they are true to Islam when in fact they are betraying it for a doctrine devised by western intellectuals. At the same time, the western intellectuals and commentators, trapped within their own doctrine, fail to see that the Islamic radicals are not betraying the presumed peaceful nature of Islam, but rather are betraying Islam—an inherently militaristic, but still political religion—because those radicals share the apolitical doctrine of the western commentators, now merged with Islamic imperialism.

This statement is exactly the sort that journalists skip over, as qualifications hinder their business model’s demand for the maximum number of clicks. May ruminates not on one misconception but two. It is difficult enough to follow one misconception, but to follow subsequent misconceptions that follow upon the original demands an attention span that goes beyond the news cycle.

May’s second observation regarding the influence of western ideology on modern radical Islamicists seems to run deeper than simply that Khomeini read Sartre when he lived in exile in Paris. Instead, radical thought seems to derive from a series of differentiations that one finds in modern western thought. These begin with the differentiation that sees culture as distinct from (or superior to) politics.

As indicated above, the question of “who rules?” was determinative for premodern Muslims. Not so for the medieval Christians who regarded church and state as two separate and distinct realms, or in the Enlightenment differentiation of separation of church and state. May observes that the separation of church and state can lead to the banishment of religion from public life, of making religion “private” which suggests for some a version of secularism (or laïcisme in France and in Quebec) that makes the state the prime authority. Modern Islamicists have rejected secularism and view it as a mortal threat to Islam.

May claims that radicals in fact carry over the fundamental presuppositions of the modern differentiation that they think they are rejecting. This is the second delusion to which May refers. He also refers to their belief as an “apolitical doctrine” that they share with those in the west who treat culture as everything. Modern radicals attempt at a strange marriage between premodern Islam’s quest for universal empire with a modernist belief that culture counts for more than politics.

May criticizes Karsh for not thinking through philosophically the questions that his book presuppose. One might disagree with May’s question about the significance of the political form of Islam, or whether there really is such a thing as an “essence” or “nature” of Islam, but asking these questions and setting out to answer them sit fair and square within the realm of academic inquiry.

The Progress Report’s accusations suggest that May is unsuitable to serve as Chief Commissioner. Aside from the article’s distortions of May’s review of Karsh’s book, it is difficult to draw any conclusions about his suitability on the basis of his review. Academic discourse differs from judicial decision-making that a human rights commissioner would make. While academic discourse and legal decision-making both require high levels of logic and knowledge of philosophical principle, the fact is that judicial decision-making is about making judgments about particular cases, whose proficiency would come more through May’s experience as a lawyer than through his academic work.

Muslims in Alberta would benefit from a Chief Commissioner with a deep sense of Islamic political history and philosophy. Many are new Canadians from countries without strong human rights protections. Human rights is vigorously debated among Muslims, with some viewing it as a Western import and others viewing it as a present but underdeveloped potentiality within Islam itself. Their concern for human rights is relatively recent and comes in part from the experience of being a minority within Western societies. Having a human rights commissioner who is conversant in these debates can only benefit Alberta Muslims.

Despite its prominence in Western public discourse, the very notion of human rights is vulnerable on account of widespread doubt about its philosophical basis. A lot of this doubt about human rights comes from the political and postmodern left that otherwise utilizes the rhetoric of rights to advance its agenda. However, treating rights as politically convenient but philosophically as “nonsense upon stilts” is a precarious proposition.

Pope Francis says homosexuality is ‘not a crime’ but