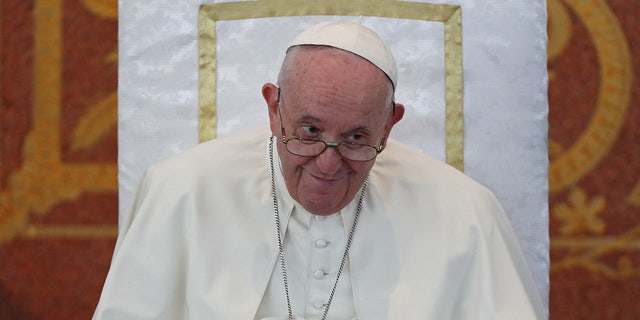 Pope Francis decided to take advantage of being in Kazakhstan at the same time as Chinese President Xi Jinping, and the Vatican tried to arrange a meeting for the two men, but China reportedly said Xi was unavailable.

According to Reuters, the Vatican contacted China and said the Pope would meet with Xi, only for the Chinese government to say they “appreciated the gesture” but the president did not have time.

Pope Francis was in Kazakhstan for a three-day tour of the country, meeting with both secular and religious leaders. Xi was there for a diplomatic trip.

Both men were in the capital city of Nur-Sultan on Wednesday.

A meeting between the two would have had great significance, given the history of China and the Catholic Church.

Under Mao Zedong in the early 1950s, China severed diplomatic ties with the Vatican, razed churches and deported missionaries before setting up its own Catholic Association.

Under this self-styled guild, the CCP retained the right to ordain bishops without the Vatican’s approval, which the Church has vehemently disputed. Chinese bishops consecrated without papal approval are considered valid, but doing so normally carries an immediate ex–communication.

Xi met with Russian President Vladimir Putin on Thursday at the Shanghai Cooperation Organisation summit in Uzbekistan. According to Reuters, Putin described the meeting as “normal.”

Fox News’s Timothy Nerozzi and the Associated Press contributed to this report.

Connecting the dots of Islamism on the rise

Automatic Bot - October 1, 2022 0
At least 129 people were killed and around 180 injured at a soccer match in Indonesia after a crowd stampede during a riot,...
Go to mobile version